AngioDynamics’ Response to the COVID-19 Outbreak

6 Physicians who are associated with PATHFINDER I 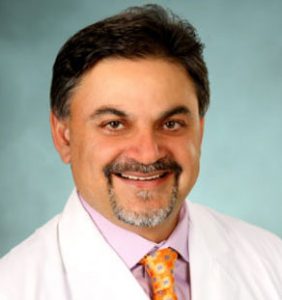 Like his colleagues at First Coast Cardiovascular Institute, Dr. Ali is dedicated to providing attentive care for patients and their families. “Every one of the doctors here understands how important it is for each patient and their family members to know exactly what their doctor is doing and why,” says Dr. Ali. “Patients tell us they appreciate how much time we are willing to spend with them.”

Dr. Ali has a passion for doing all structural cardiovascular procedures such as TAVR, Watchman, and Mitraclip which prevents patients from requiring more extensive open-heart surgery. 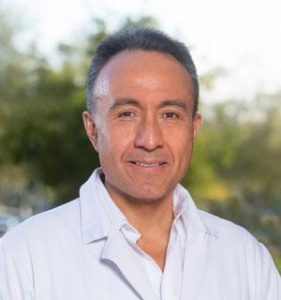 Dr. Luis R Leon Jr. attended the Cayetano Heredia Peruvian University in Lima, Peru, obtaining his medical degree in 1996. He received surgical training at Harbor-UCLA Medical Center and San Joaquin General Hospital in California, from 1997 to 2003. In addition, Dr. Leon completed a Vascular and Endovascular Fellowship at Loyola University Medical Center in Chicago, Illinois, in 2005. He has been certified by the American Board of Surgery in both General and Vascular Surgery. He has been a Registered Vascular Technologist since 2004 and became a Fellow of the American College of Surgeons in 2008. Dr. Leon served as the Chief of Vascular Surgery at the Veterans Affairs Hospital in Tucson, Arizona, from 2005 until 2008. During his tenure at the VA hospital, he belonged to several committees, including the Research and Development, Limb Preservation and Peer Review Committees.

Dr. Leon has authored over 100 peer-reviewed publications and over 10 book chapters. He has presented over 30 abstracts and given over 200 lectures both nationally and internationally. He is a member of the Editorial Board of the Journal of Vascular Surgery, Annals of Vascular Surgery and other peer-reviewed Journals. He is a member of several professional societies, including The Society for Vascular Surgery, the American Venous Forum and the International Society for Vascular Surgery. Within these societies, he has served on committees including the American Venous Registry (AVR) – Venous Stent Committee and is a member of several industry-advisory boards. His academic productivity has earned him awards including the Charles C. Guthrie Award from the Midwestern Vascular Surgery Society (2004) and the prestigious E.J. Wylie Traveling Fellowship Award from the American Vascular Association (2007). His productivity earned him a tenure-eligible Associate Professor of Surgery position at the University of Arizona, a post he has held since April 2008.

He is currently a Vascular and Endovascular Surgeon at Tucson Medical Center (TMC). He was the Elected Chief of the Vascular and Endovascular Section at his current institution, position that he filled from January 2011 until January 2013. He is also a Clinical Assistant Professor at the Arizona College of Osteopathic Medicine, Midwestern University, in Phoenix, Arizona. He is a current member of the Adjunct Faculty Clinical Associate Professor of the Division of Clinical Education of the Andrew Taylor Still University (ATSU), School of Osteopathic Medicine of Arizona, and he is a co-owner of Pima Vascular.

He has a strong interest in both the research and clinical aspects of carotid, aortic, peripheral arterial and venous disease.

Luis Leon, MD is a paid consultant of AngioDynamics, Inc. 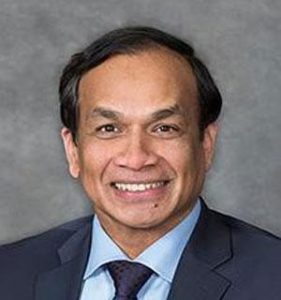 Venkatesh Ramaiah, MD, FACS is a vascular and endovascular surgeon with more than 25 years of experience. Dr. Ramaiah fulfilled his vascular fellowship under Dr. Edward Dietrich at the Arizona Heart Institute. He served as the Medical Director and Director of Vascular Surgery during his 20 years at AHI.

Dr. Ramaiah is a world-renowned expert in the treatment of peripheral arterial disease, aortic aneurysms, carotid artery disease, and venous disease. He has authored over 80 peer-reviewed publications as well as numerous textbook chapters and continues to be actively involved in clinical research as the Principle Investigator of several ongoing studies.

Dr. Ramaiah currently serves as Chief of Complex Vascular Services at HonorHealth and is the founder of Pulse Cardiovascular Institute, the first cardiovascular outpatient surgery center in Scottsdale, Arizona.

Venkatesh Ramaiah, MD is a paid consultant of AngioDynamics, Inc. 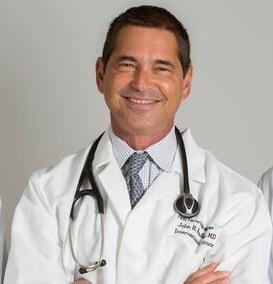 John H. Rundback, MD, is the Managing Partner of Advanced Interventional & Vascular Services and Partner at New Jersey Endovascular & Amputation Prevention. He is a graduate of SUNY Downstate Medical Center and completed his fellowship in Interventional Radiology at Washington Hospital Center in Washington, DC. He has served as Principal Investigator of multiple trials evaluating new device and drug therapy for peripheral arterial disease. Dr. Rundback has authored or contributed to nearly 100 scientific manuscripts and has been an invited speaker at numerous medical meetings world-wide. His primary research activities are in the area of complex endovascular interventions, and amputation prevention. 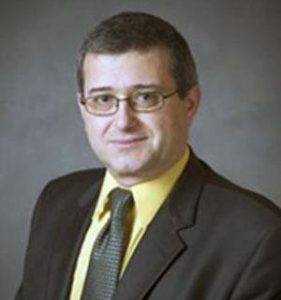 Dr. Shammas has been heavily involved in the research and development of new techniques and procedures and has gained numerous awards and recognition for such. He has published over 400 manuscripts, abstracts, books, and book chapters.  In addition, he has been the Principal Investigator or Co-Investigator on over 200 multi-center clinical trials and the primary investigator of over 40 investigator-initiated trials.  He has served on the editorial board of several peer-reviewed journals.   In 1997, he established the Coronary and Peripheral Vascular Research Program at Genesis Medical Center.   In 2002, he founded the Midwest Cardiovascular Research Foundation, an independent non-profit 501(c)(3) public charitable organization dedicated to cardiovascular research and education.

Dr. Shammas has been involved in the education of health care providers and the public.  He has established and directed several conferences including Cardiovascular Interventions and Practice Guideline (CIPG), the annual conference of the Midwest Cardiovascular Research Foundation.   He has presented his research and lectured at national and international meetings including Central America, the Middle East, the Far East and Europe. Dr. Shammas is a coauthor on the cardiovascular chapter in the Rakel Texbook of Medicine, a key reference for family practice physicians. 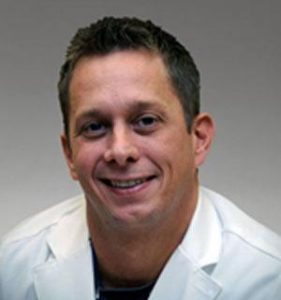 Jason Yoho, MD, is an Interventional Cardiologist with the Heart and Vascular Institute of Texas. Dr. Yoho received his medical degree from the West Virginia School of Medicine. He completed his medical residency at Johns Hopkins University in 2005 and was selected as a Chief Medial Resident in 2006. He then completed a fellowship in cardiovascular disease at The University of Texas in Houston in 2009. He served as Chief Cardiology Fellow in 2009; completed a fellowship in interventional cardiology and peripheral vascular disease in 2010.

He is actively involved in clinical research and clinical education proctoring, teaching other physicians new and advanced techniques. He is the Principal Investigator in a multitude of studies involving coronary and peripheral interventions. A native Charlotte, North Carolina, he now resides in New Braunfels, Texas.

Jason Yoho, MD is a paid consultant of AngioDynamics, Inc.